Review: 'The Lost City' is revealed to be a fun ride 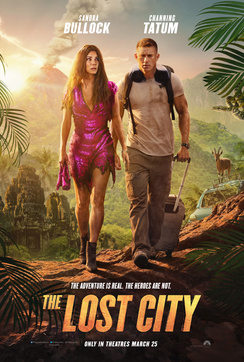 I've always found that any film with a comedic cameo from Brad Pitt is worth its weight in gold. See True Romance. Of course, you might be wondering why I started this review highlighting an actor who doesn't even receive top-billing (or second or third...) in the film?

Because the answer is simple, these romantic adventure comedies work best when the lead actors are surrounded by talented actors willing to show up for a few scenes, provide the necessary chuckles, and exit stage right. While I think that Brad Pitt is a fine actor, there was a time right between Meet Joe Black and The Curious Case of Benjamin Button where we gorged ourselves to death on Brad Pitt.

Not literally of course, because eww, but in a metaphorical sense we got our fill of Brad Pitt. So, it's refreshing to see him used in such a perfect way that doesn't distract from the overall story but helps to elevate it to the hallowed ground for this genre.

Brilliant, but reclusive romance novelist Loretta Sage, best known for her adventure stories featuring handsome cover model Alan, is kidnapped by an eccentric billionaire looking for the ancient lost city from her latest novel. Wanting to prove that he can be a hero in real life, Alan sets off to rescue her. Thrust into an epic jungle adventure, the unlikely pair will need to work together to survive the elements and find the city's legendary treasure before it's lost forever.

If you read the blurb or watched the trailer, you probably got a whole lot of Romancing the Stone vibes and you wouldn't be alone. With a couple of character name changes, a few well-placed photos, and maybe three lines of dialog, The Lost City could easily have been the third film in this lucrative series of romantic comedy adventures.

How hard would it have been to throw in a Michael Douglas or Kathleen Turner cameo? That would have made for a great post-credits stinger setting up the inevitable sequel to The Lost City. But alas, it wasn't meant to be. Still though, much like those staples from the 1980s, The Lost City is a charming film that finds the right balance between comedy and adventure to keep things light, but fun.

Wishful thinking aside, there's no lack of star power in The Lost City as it is. Sandra Bullock takes the lead as the reclusive novelist while Channing Tatum is the dashing cover model aspiration of the hero from her novels. Unlike the formula from those 1980s films, Tatum is perhaps even less likely to be an adventurer than Bullock, so the movie quickly devolves into a hair-brained adventure where two bumbling idiots must figure out how to extricate themselves from a precarious situation.

Now is probably as good of a time as any to mention the work put in by Daniel Radcliffe as the film's main antagonist. In recent years, Radcliffe has taken on a wide range of roles to seemingly shake off his Harry Potter image - and it has worked brilliantly.

If you look at Radcliffe's resumÃ© over the last decade or so since his commitment to Harry Potter expired, you will find a diverse set of characters that run the gamut from good to bad to simply bizarre (Swiss Army Man, anyone?). But, it's not like he's simply taking on these roles to cleanse his image, no he's truly bringing a certain level of panache to the characters that few of his peers would even be able to attempt.

Much like the recent work put in by Robert Pattinson to ditch his sparkly vampire image, Daniel Radcliffe is ready to be taken as a serious actor and we are so here for it. His natural unassuming persona is perfect as Abigail Fairfax, the eccentric billionaire.

Instead of simply starting as a ruthless megalomaniac, Radcliffe carefully builds to an evil crescendo that is both delicious and unexpected. So much so, that I would pay good money to see a spin-off centered around Abigail Fairfax and his pursuit of other worldly treasures.

One last thing worth noting about this release is the ridiculous amount of added goodies Paramount packed onto it. There are countless featurettes ranging in topics from Loretta's ridiculous jumpsuit to that crazy double fight sequence on top of and in a truck moving in a jungle to the world's largest charcuterie board.

While the movie itself is worth the price to own this film, these added features truly make it an easy purchase decision. What might simply be dismissed as yet another in a countless parade of fish-out-of-water movies, The Lost City transcends this simple retort by the strength of its script and performances turned in by its incredible cast. 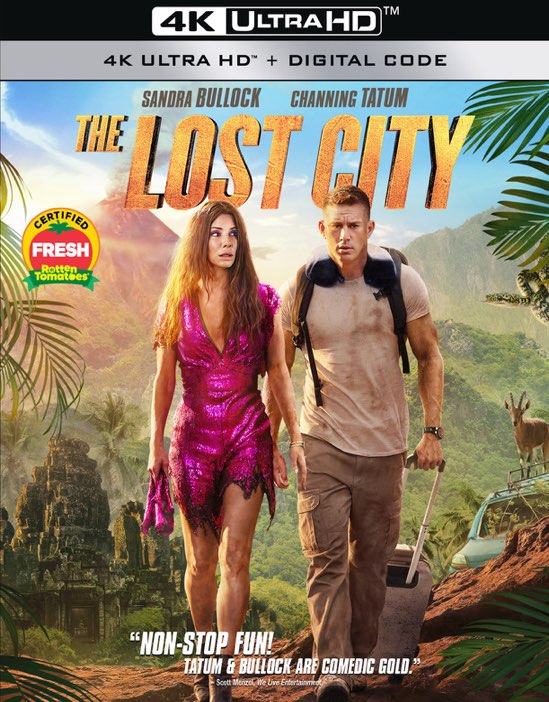 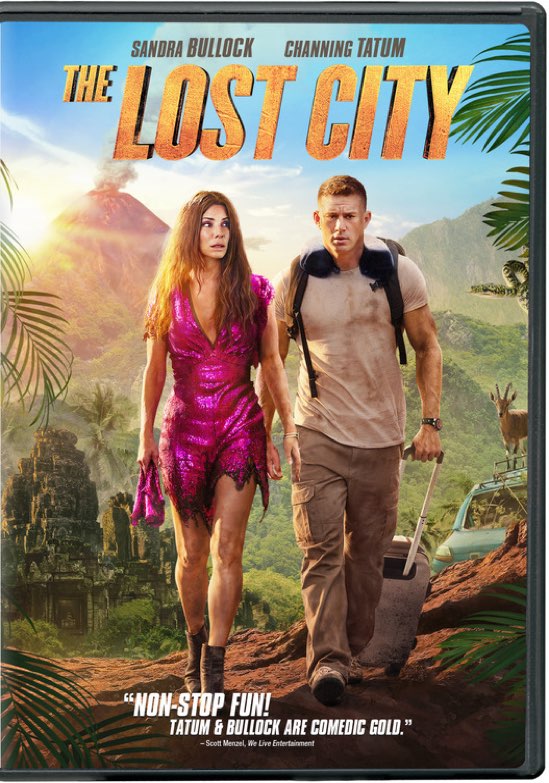