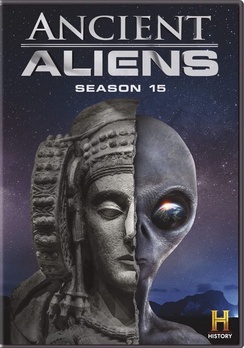 It's the most wonderful time of the year...

No, I'm not talking about Christmas, although you could say that it is a bit of a Christmas in July event because Giorgio A. Tsoukalos is the gift that keeps giving to true believers. It's the annual time where we try and figure out which season the latest episodes released by Ancient Aliens truly belong.

Dubbed as Ancient Aliens: Season 15, the ten episodes that compose this latest offering in alien conspiracy theories actually contain the episodes from Season 18 that aired earlier this year. I could try and explain the odd and bizarre ritualistic nature of their numbering system, but that would take all the fun out of it.

Besides, I much rather post this gif one more time.

Man, I love me some crazy Giorgio A. Tsoukalos theories, and is it just me, or is he getting better with age? Like a fine win, Mr. Tsoukalos and his ragtag group of true believers are back and this time, they've finally got some sort of governmental omission that they have long yearned for.

From prehistoric stone monoliths and sacred temples to dragon gods and time travelers, this season of HISTORYÂ®'s ANCIENT ALIENSÂ® explores ancient technology and timeless relics that span the globe and the galaxy. As the government shifts from denial of the existence of extraterrestrials presence on Earth to releasing their extensive â formerly secret â reports on unexplained phenomena, there is growing belief that aliens may not be visitors from other planets, but perhaps creatures from our own future. Do these findings reveal alien origins, or the origins of humanity?

If it hasn't become clear by now, I have a soft spot in my heart for all things alien in nature. I may or may not have an encounter of my own from my childhood that I'm still trying to come to terms with, but it's just been an area of insight that has always intrigued me.

Are we alone in this universe? If not, are our celestial brethren peaceful or antagonistic?

Questions like this formed the basis for Ancient Aliens when it debuted in 2010. Twelve years and 17 seasons later (see, I'm not the only one bad at math), Giorgio A. Tsoukalos is both a meme and a household name and the History channel is now one of the most-watched networks on Cable.

Every time that I think that Ancient Aliens has reached its peak zenith, it comes back to life with even more preposterous episodes and I can't stop watching.

Like most of you, I started watching Ancient Aliens for the curiosity factor, but now like a train wreck, I can't turn away. Will aliens ever present themselves on the show? Will we ever storm Area 51? Will the government ever admit the truth about aliens? Will Giorgio A. Tsoukalos ever lose his glorious hair?

Well, this season takes a serious shift in focus following the rather remarkable admission from the United States government in 2021 that Unidentified Aerial Phenomenon (UAPs - the next evolution of the term UFOs) do exist. While the report stops short in declaring them as being extraterrestrial in nature, that doesn't stop our favorite conspiracy theorists from filling in the blanks.

This new development was like a shot in the arm for the aging series and the excitement and exuberance translate on the screen. Suddenly, the season shifts focus to spend about half of the episodes on this new admission and how it's affecting policy not only in the United States but all over the world.

Thanks to Giorgio A. Tsoukalos and his meme-worthiness, the word aliens has almost taken on a level of absurdity for the show that continues to use the word in its title. And yet, as we have progressed these past couple of years, more and more research and evidence are surfacing to indicate that not only are aliens real, but they have been around us for a long time.

Suddenly, all of these preposterous theories that Giorgio and company spout out each week aren't necessarily so unbelievable. Maybe there are alien moon bases and ancient peoples interacted with aliens on a daily basis.

Of course, Giorgio's hair will always be outrageous and I'm beginning to think that he's more than half of the draw for me to the show. That's OK, I'm here for it all. 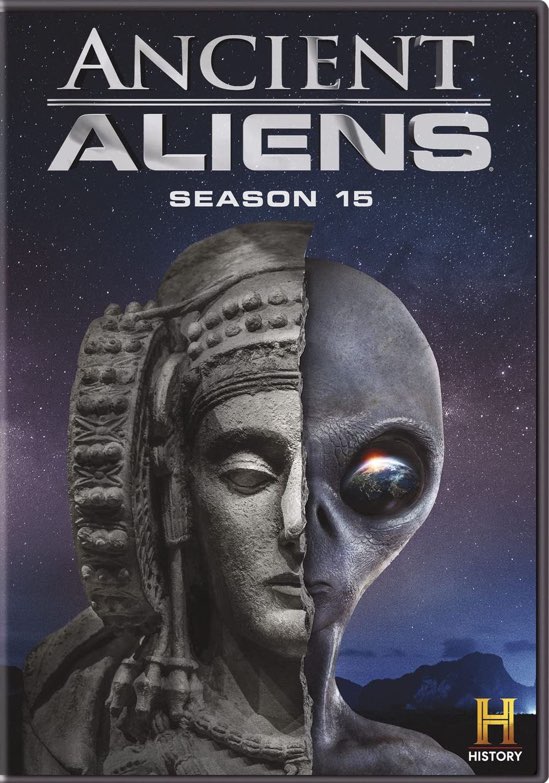