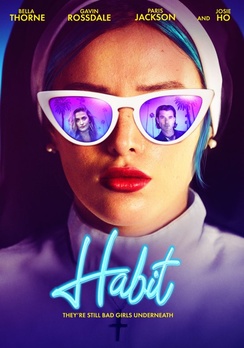 Bella Thorne has been many things in her life, but I never thought I'd add drug-addled, fornicating nun to her resumÃ© when she was the belle of the ball on the Disney channel. It's funny how life changes in a decade.

It's no secret that Bella has been actively trying to shed her Disney "good-girl" image since she departed the network in 2014. This isn't a new trend as plenty of "Mouseketeers" have struggled with finding an adult identity after so many years of being marketed to the toddler set.

But, I would argue that no one has been more aggressive than Bella in trying to make this departure as quick and as permanent as possible. If there were any questions about her career trajectory now, Habit effectively drives the proverbial nail in the coffin of a possible return to the saccharine sweet persona she enjoyed for several years.

Reminiscent of early Tarantino, this edgy, outrageous thriller is one "habit" you'll want to acquire! The action begins as L.A. party girl Mads gets a gig running drugs for Eric, a washed-up Hollywood star. When their cash gets stolen and Eric is slain by a rival drug lord, Mads and her two sexy BFFs hide out by dressing up as nuns. But in spite of their costumes, these bad girls are no angels.

While the synopsis and trailer are evocative of the nunsploitation films of the 1970s, Habit is more of an homage to these earlier films than a true descendant of their trailblazing ways. Habit is well into the hard R territory, but there's very little nudity that was the hallmark of the earlier films.

Don't get me wrong, there is still plenty of scantily-clad women in lingerie and various stages of undress to satiate any pervert's whims, but that salaciousness is mere window dressing to a pretty intriguing movie. They claim that Habit is indicative of Tarantino and I tend to agree. This movie could be the wild child of True Romance and Natural Born Killers.

Led by the enchanting performance from Thorne, three 20-something friends find themselves in escalating circumstances out of their control. Between losing their drug dealer's money and product and being evicted from their home, these young women will do anything to stay one step ahead of a vicious drug lord and young men looking to fulfill their fantasies.

Bella's Mads takes the lead as the unreliable narrator of the story, much like Patricia Arquette does in True Romance. To blur the lines even further, the copious amounts of drugs that Mads takes only clouds the truth even further. Are her hallucinations of a female Jesus, played by Paris Jackson, simply a product of her drug-induced state, or is she suffering from a true mental collapse?

And yet, I still can't rule out the possibility that she is a true prophet with a direct line to "JC." Not since Dogma has there been this much uproar over a casting decision. And much like Dogma before it which cast Alanis Morissette as God, the bluster from those offended by a female Jesus miss the crux of the issue.

That said, I did find certain elements of the film to be less polished and as such, the overall movie takes a hit. At 82 minutes, the film does keep the action moving, but I would be remiss if I didn't point out that an extra 10-15 minutes of character building would have really done wonders for Habit.

It's this small misstep that prevents Habit from reaching the same echelon of those movies that preceded it. There are some really fun characters and situations in the movie, but with just a little bit more attention to detail, Habit could have been one of those rare films to reach cult status out of the gate.

As it stands, first-time writer and director Janell Shirtcliff did an admirable job creating a refreshingly unique take on the crime genre and I look forward to following her career for a long time. But, this movie is clearly a vehicle for Bella Thorne and she doesn't disappoint.

While I wouldn't say that you should place a wager on her winning an Oscar anytime soon, she does demonstrate a level of vulnerability that I haven't seen until now. This is a mark of an actress that is honing in on her craft and ready to take the next leap.

With that in mind, I never thought I would ever say these words, but I'm actually looking forward to the next Bella Thorne project. Habit is now available on Blu-ray and DVD. 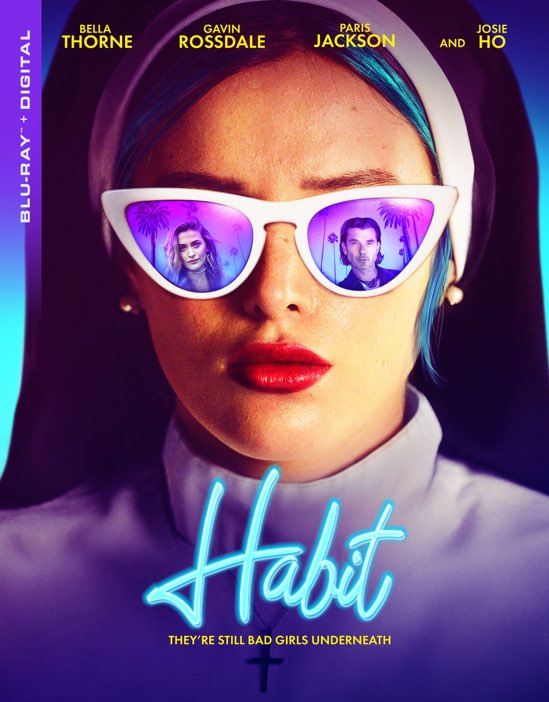 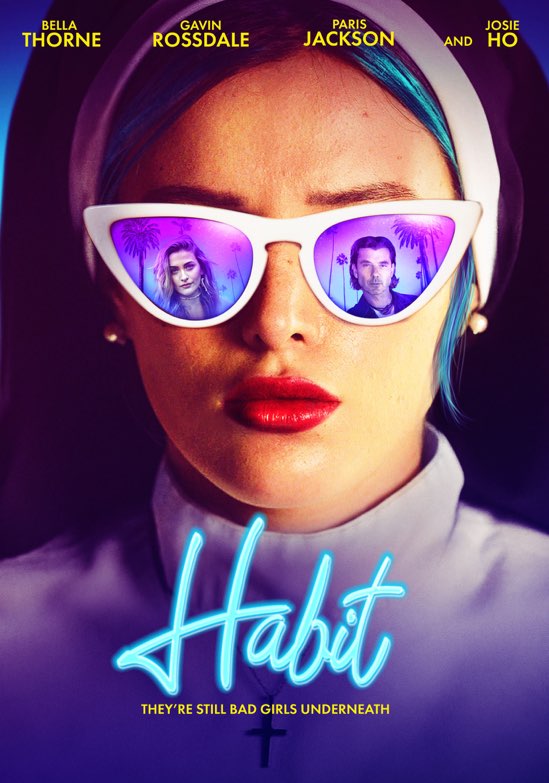