Review: 'Finding You' plays it safe 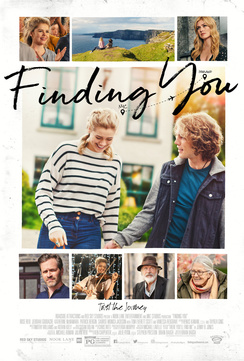 It's no secret that I have a bit of a disdain for sappy, chaste teen Rom-Coms. Don't get me wrong, if done well, something like 10 Things I Hate About You is great and timeless.

Unfortunately, more often than not, these paint-by-numbers movies are derivative and bland. Finding You is quite this bad, but it certainly plays in the clichÃ©s of the Rom-Coms that came before it.

And yet, there's enough magic in the film to make this an interesting watch and something that will certainly be a hit in the tween/teen demo.

Based on the young-adult novel, There You'll Find Me, Finding You follows Finley Sinclair who botches her violin audition for an elite New York conservatory. Seeking answers and a renewed purpose in life, Finley opts to study abroad in a quaint Irish coastal village. Finley's life becomes more interesting when she shares B&B with a heartthrob movie star. Together, sparks fly as the two young people find that they can both find what they are missing in their lives in each other.

If you're thinking that this sounds like a Notting Hill clone for the younger set, you wouldn't be far off. Sure, there are certain elements that play more like an homage in lieu of outright thievery to the original film, but Finding You blazes its own trail.

And besides, the point of Finding You isn't along the same lines of Notting Hill. The comparisons between Hugh Grant's character and Rose Reid's Sinclair pretty much ends at the whole larger-than-life fish-out-of-water experience that comes with dating a massive celebrity. This newer film dives much deeper into Sinclair's psyche and path to give her personal growth a bigger spotlight.

Also, the point of the movie isn't the star-crossed romance, but rather that plot point is simply a useful means to the end of giving Sinclair more awareness of the inspiration around her.

Perhaps the biggest departure between the book and the film is the reliance on faith that is peppered throughout the book. That's not to say that there isn't a spiritual theme in Finding You, but it's more subtle and less in your face. Overall, I think this decision by the filmmakers makes the film better as it allows it to reach a larger audience without risking putting off certain audiences.

Of course, any discussion of Finding You is incomplete without mentioning the lush Irish countryside. Arguably the third lead of the film, the locales around Carlingford present an immaculate canvas onto which Brian Baugh is able to paint his masterpiece.

As someone with Irish roots that longs to visit the land of my ancestors, I'm usually a sucker for a movie that showcases The Emerald Isle. Finding You is no exception as it truly frames Ireland in a favorable light. The picturesque locales give the film a certain panache that would be missing if this same story was told say in New York or somewhere in podunk middle America.

And yet, my main complaint about the movie is that it plays things too close to the vest. As I mentioned at the beginning of this piece, it sometimes pays off to take risks and I think Finding You would be better off if it would have strayed a bit from the usual formula.

The chaste romance between the two leads probably owes its innocence to the faith-based origins in the novel. And yet, these are two late teens with a budding romance in a foreign country, so it just seems like it's a lost opportunity for the film to explore that aspect of their flirting.

Otherwise, this film plays well for the tween crowd and that's probably the main audience the filmmakers were aiming for. Sticking to that hard PG rating ensures a larger audience, but at what point is it worth the sacrifice of art?

Finding You will never be mistaken for a traditional Rom-Com, but it certainly fills that Rom-Com lite fix for the younger set. Your mileage may vary, but the film was warmly received by my family and you can rest assured that while there are some weighty issues discussed, it doesn't cross that line that would make you uncomfortable as a parent.

Finding You is now available on Blu-ray and DVD. 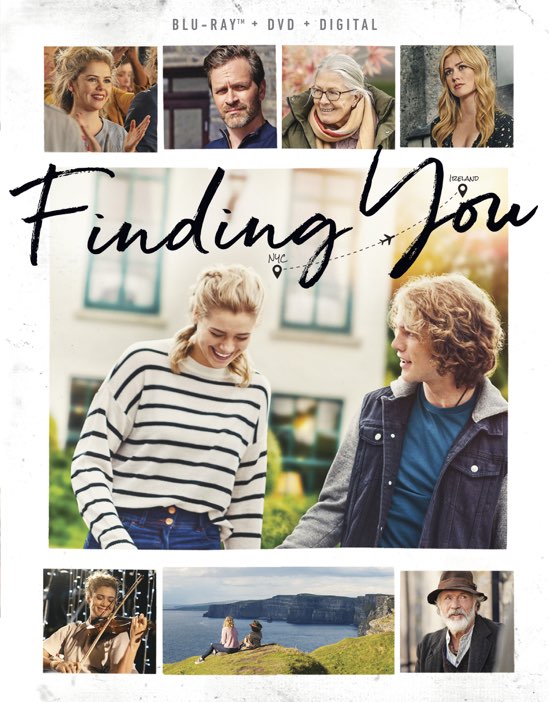 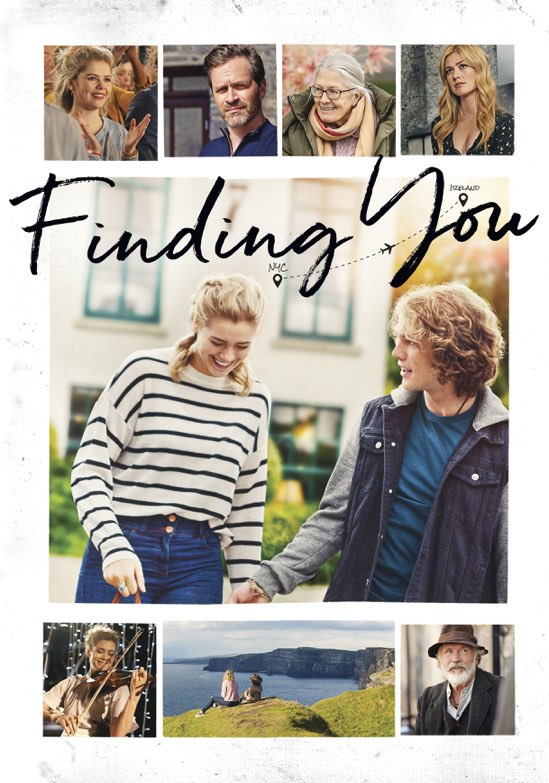