Review: 'The Hitman's Wife's Bodyguard' is more than a mouthful 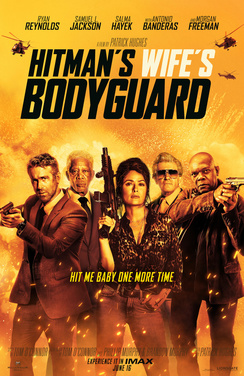 It looks so simple there on the page. Four little words, but when you try to say it all sorts of permutations come out. The good news is that the action and comedy in this sequel more than makes up for the tongue-twister of a title.

The original film was simple. The Hitman's Bodyguard came out in 2017 and it was a bit of a sneaky hit that made $75 million at the box office, but really seems to have been under the radar until this sequel popped up this year. Having recently went back to watch the original movie to prep for this review, I was struck at how simple the idea was for this hit.

It's like The Odd Couple meets John Wick in the form of natural adversaries, a bodyguard and a hitman, having to team up for their mutual survival. I was sort of dismissive of the original film when it first came out, but I found my re-watch much more enjoyable.

Still unlicensed bodyguard Michael Bryce is having an existential crisis when he's suddenly pulled back into the fray by con artist Sonia to help rescue her husband, the aforementioned hitman Darius Kincaid. The trio find themselves caught up in a sinister plot where a madman is threatening to destroy Europe and if they can put their differences aside long enough, they might just save the world.

The Hitman's Wife's Bodyguard is one of those "critic-proof" films that you either really enjoy or loathe. I find myself in the former camp, but I can understand why critics tend to hate these types of clichÃ©-ridden action films.

And guess what? That's OK. There's no movie police that is going to throw you in jail for thinking that Gigli is the best film ever made. Well, maybe that's a step too far. But still, the sentiment remains. Critics and general audiences tend to disagree on these types of movies and if the scores on Rotten Tomatoes are any indication, The Hitman's Wife's Bodyguard is splitting the two camps again.

Do you know why I love these films so much? It's because the camaraderie between Ryan Reynolds and Samuel L. Jackson is so authentic and endearing. While their characters may despise each other on the surface, deep down their feelings for each other mirror those shared by their respective actors. You can just tell how much they enjoy working with one another.

While the first movie really felt like a budding bromance between Bryce and Darius, The Hitman's Wife's Bodyguard spends a good deal of time expanding their little world and it certainly makes the film feel a lot bigger. I think the biggest knock on the first film is that they tried to engineer a bit too many twists and back-stabbing, while the sequel played it straight and the film was better for it.

The big baddie, played by Antonio Banderas, is more in line with a Bond villain and less sneaky like Gary Oldman's villain from the first film. Sure, he's more cartoony and reminds me of something that I'd see in an Austin Powers movie, but let's face it, these films won't be confused with Shakespeare anytime soon.

No, the simplicity of The Hitman's Wife's Bodyguard is what resonates with audiences. There is plenty of violence and swearing that would make a sailor blush and we are there for all of it. The comedic breaks are wonderful and as you can see from the blooper reel below, it appears that many of the best lines were adlibbed by this incredible cast.

With the recent smash success of Free Guy, I think it's safe to say that Ryan Reynolds is quickly becoming one of the most bankable stars in Hollywood. He's had a spectacular run and much like Dwayne Johnson, Ryan seems to be playing various incarnations of his real personality in many of his roles.

While some critics might call this lazy, I happen to love his schtick and hope that he keeps it up. He has that certain star-making persona that is easy to like and his natural charm is probably the biggest reason for his success. Ryan keeps it simple and there's a certain element of security in his familiarity that hits home with audiences.

I remember watching Ryan Reynolds in Waiting a lifetime ago and thinking that he's a brilliant improv comic and if he sticks with his art, he will eventually be massively successful. Well, his time has come and we are all soaking up his brilliance.

The Hitman's Wife's Bodyguard is now available on 4K UHD, Blu-ray and DVD. 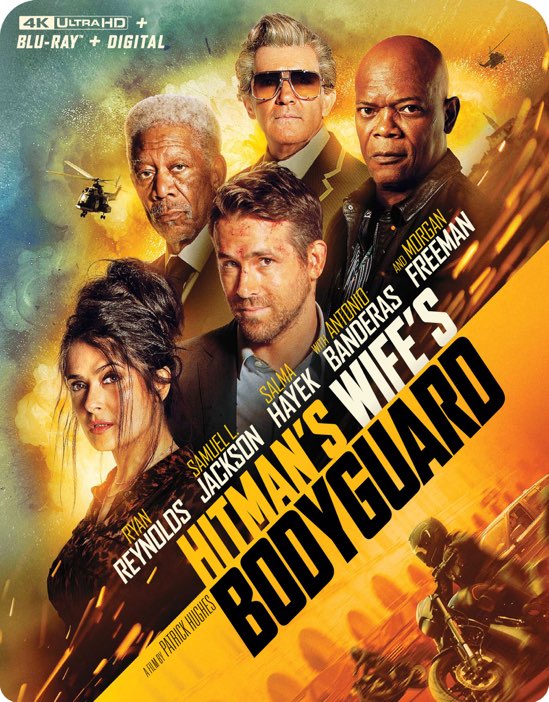 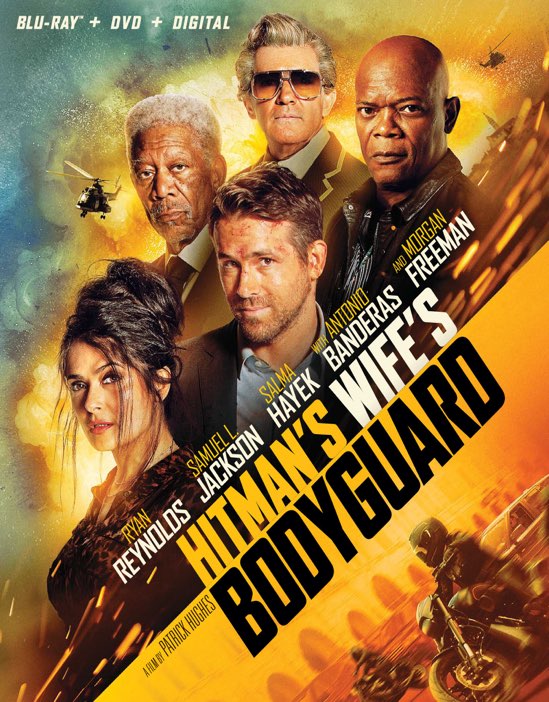 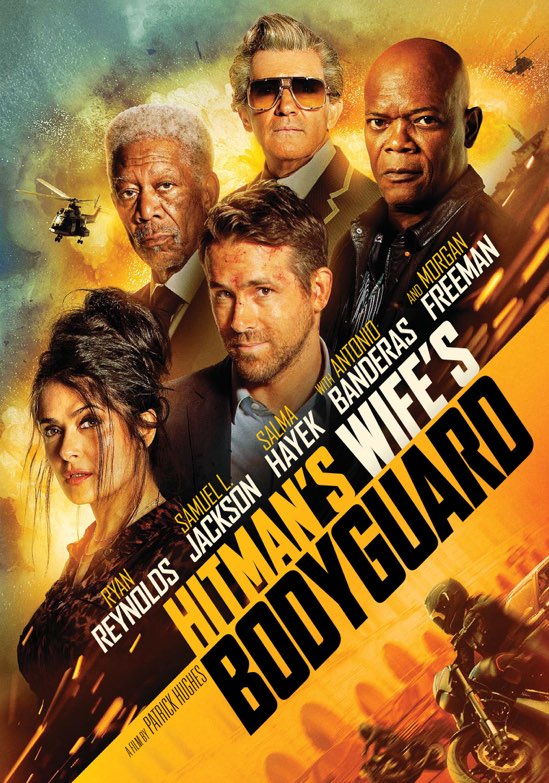