Review: 'Supernatural' ends on a perfect note in 'Season 15' 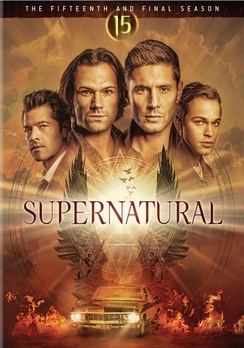 On September 13, 2005, a little unsuspecting TV series debuted on the WB and an obsession was born. Supernatural is one of those shows that caught lightning in a bottle and the series took off to new heights even after its channel was absorbed by the upstart The CW network.

For every fan the story is different. I was coming off my second divorce and spending more time in front of the TV than I was used to. As a fan of The X-Files and the recent debut of Lost the year before, Supernatural was a show right in my wheelhouse at a time when I was very open to beginning a new long-term relationship.

Fifteen years later, it came to an end late last year and like any good relationship, it had its bumps and bruises along the way. But through all of the tears, the ballad of Sam and Dean Winchester will rightfully go down as one of the best TV series of all time.

The fifteenth and final season of Supernatural finds the Winchester brothers back to their normal shenanigans after Jack's demise with their final showdown with Chuck looming. Over the course of the season, Dean and Sam call in on friends old and new looking for any slight advantage in their final clash with Chuck.

Supernatural has everything that you would want in a horror/fantasy TV series. It has strong mythology with various story arcs that play out over a series of episodes or seasons. It has remarkable stand-alone episodes that intrigue the viewer and keeps the series fresh and yet grounded in the heart of the series.

The concept of Supernatural is simple. Two brothers are born into a family of hunters who make it their life's calling to battle monsters and all sorts of creatures that go bump in the night. And yet, over the entire series, the Winchesters traverse the entire country, always one step ahead of the ultimate sacrifice that is hanging over them like a death sentence.

After losing both of their parents (multiple times) to the evil that lurks in the shadows, it would be understandable to see Dean and Sam give up the fight. And while the series does delve into their individual and collective existential crises from time to time, they always get back up and continue the fight.

Their selfless devotion to their craft is a dying homage to a bygone era where humans had conviction and their word had meaning. In a society that is currently known more for "fake news" and politicians talking outside both sides of their mouths, it was refreshing to tune in each week and see Sam and Dean live their lives to a moral code.

Of course, it wasn't all doom and gloom. Much like other shows of its ilk, Supernatural was masterful at balancing evil with hijinks. While both brothers were committed to their calling, they also knew how to keep things light, especially Dean. His ravenous appetite mirrored that of fellow fictional mystery sleuths Shaggy and Scooby-Doo.

And yes, there was a special cross-over episode entitled "Scoobynatural" in season 13 that was probably one of the best stand-alone episodes of the series. Because you see, the show transcended itself completely. It took on a life of its own and not only catered to their fans, but made them a part of the ride.

A lot of great TV shows develop a cult-like following, but few actually give their diehards precisely what they want. In what can only be described as a throw-away story arc that ultimately turned into the crux of the entire show, Supernatural went completely meta with its 200th episode entitled 'Fan Fiction.'

In this episode, Sam and Dean come to learn that a high school play is being staged based on their adventures. You see back in the season four episode 'The Monster at the End of This Book,' we are introduced to the Winchester books published by Chuck under the pseudonym Carver Edlund.

So, yeah, this little thread allowed the writers to add so many little easter eggs in the second half of the series and really gave the series its philosophical legs in the later seasons. No longer was Supernatural simply about fighting monsters and saving the world from annihilation, but Sam and Dean got to delve a bit into their own existentialism, predetermination, and free will.

Ultimately, the series winds down in Season 15 as the predictable showdown between Chuck and his creations Sam and Dean takes the center stage. After the initial five-season arc that ended with the departure of series creator Eric Kripke as show-runner, Supernatural spent several seasons with a new "Superbad" or "end of the world" scenario that would magically be resolved by the end of the season finale (or early in the following season).

While these stand-alone arcs were filling and served to keep the show on the air, it really wasn't until the introduction of Jack and the elevation of Chuck as the Winchesters' main adversary that the finish line came into sight. Suddenly, it was clear that it was going to come down to Chuck and the boys as it was always intended to be.

Ultimately, though, Supernatural is the story of Sam and Dean Winchester and the series makes good on its promise to give them a proper resolution of their escapades. I don't want to dive too deep into the final two episodes to avoid spoilers, but I was pretty content with how they decided to wrap things up. Was it perfect? Who's to say what perfection truly is?

What I do know is that as pointed out above, the show really hit the jackpot in casting Jared Padalecki and Jensen Ackles in the lead roles. Both actors were young and fresh-faced when they got the gig, but now much like their characters, they have grown into their road-weary bodies.

Both of them are bonafide stars with bright futures ahead of them and it's just amazing that they were able to keep them together so long. Whether they died, were possessed, or turned into cartoon characters, the Winchester brothers never ceased to persist in their duty. They were lucky to come to personify their characters and remain grounded in their day-to-day lives.

It's hard to quantify just where to rank Supernatural among all-time genre shows. It's definitely a notch below The X-Files, but not the difference isn't as great as you'd think. Over time, who knows? Maybe Supernatural will surpass The X-Files as the greatest genre show ever, but until then, it's a nice conversation to have. 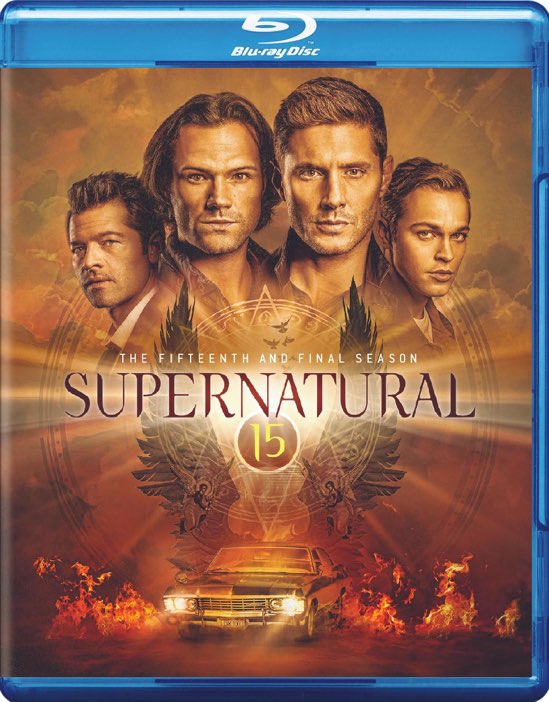 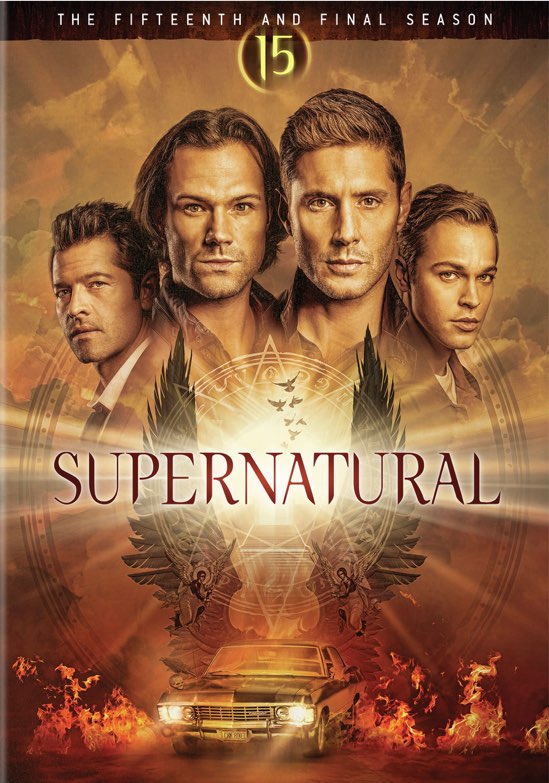