Review: Tell everyone about 'Don't Tell a Soul' 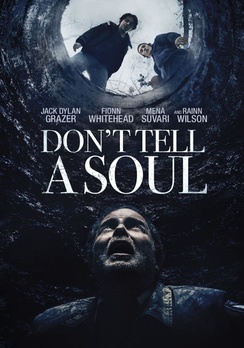 Not since Timmy and Lassie has a well ever generated as much entertainment value as it does in Don't Tell a Soul. Sure, Baby Jessica got her two-plus days in the limelight thanks to her well excursion in 1987, but it doesn't quite live up to the drama that unfolds over the course of 83 tightly wrought minutes in Don't Tell a Soul.

That's not to trivialize the trauma suffered by Baby Jessica or the wackiness that Lassie could so succinctly convey Timmy's location, but there's something about this film that captures both the real-life trauma and craziness of the well-involved incidents that preceded it.

Teen brothers concoct a plan to steal money from a house that is being fumigated to help their sick mother. When they are caught by Hamby, a security guard, a chase ensues and Hamby ends up at the bottom of an abandoned well. The brothers bicker on whether to help the man or let him die, but things do not appear as they seem as secrets boil up to the surface one after another.

While I never fully engaged with The Office, I have been quite intrigued with Rainn Wilson over the years. When he started to branch out into movies, he basically rode the same Dwight Schrute mystique to the big screen, but he has since tapped into his dark side and I'm all about it.

For me, that transition really became noticeable with 2006's The Boy. While he will still tap into the Dwight persona from time to time, Rainn has gradually gone darker with Don't Tell a Soul being his darkest performance yet. I would even use the words chilling, but I don't want to give away too much as, like any good mystery and suspense film, the magic is in the discovery.

Suffice to say that you will come out of this viewing with a new outlook on Rainn and a greater appreciation of his acting chops. He has such a disarming countenance that translates well on the screen, so any nuance that can play with that and flip it a little bit is pure genius.

Another performance that must be lauded is the one turned in by Mena Suvari. It's hard to believe that it's been over 21 years since she turned heads with her "rosy" performance in American Beauty, but it's true. In Don't Tell a Soul, her character is as far from the privileged, carefree cheerleader of her youth, and yet, if you squint hard enough, you could see a path where Angela ends up where Carol does.

At first, I was a bit concerned that this was simply an overcast on the part of filmmakers to sell their B-movie as something that it's not, but as the film progresses, it becomes clear that very few women in their early 40s could pull off such an enigmatic character struggling to survive in a world that is both the result of her choices and life's penchant for anarchy.

As great as the performances from Rainn Wilson and Mena Suvari are, the ones turned in by Jack Dylan Grazer and Fionn Whitehead as Suvari's teen sons are the true highlight of the movie. You will remember Jack from his work in the new It movies as young Eddie, while Fionn took the lead in Dunkirk.

The two young actors have built up chemistry that pays off on-screen over and over again. As the older and more hardened Matt, Fionn is a bit more cynical than his younger brother. Joey, on the other hand, tends to be more forgiving and willing to put himself at risk in order to do what he feels is right.

The main moral question of the film is only the beginning though as several twists and turns will ultimately leave you breathless when the credits roll. In many ways, I felt a distinct parallel between this movie and A Simple Plan where similar moral questions are put to the test and the actors resort to their primitive impulses to secure their survival.

If you dug that flick as much as I did, then you will thoroughly enjoy Don't Tell a Soul. It is currently available on Blu-ray and DVD. 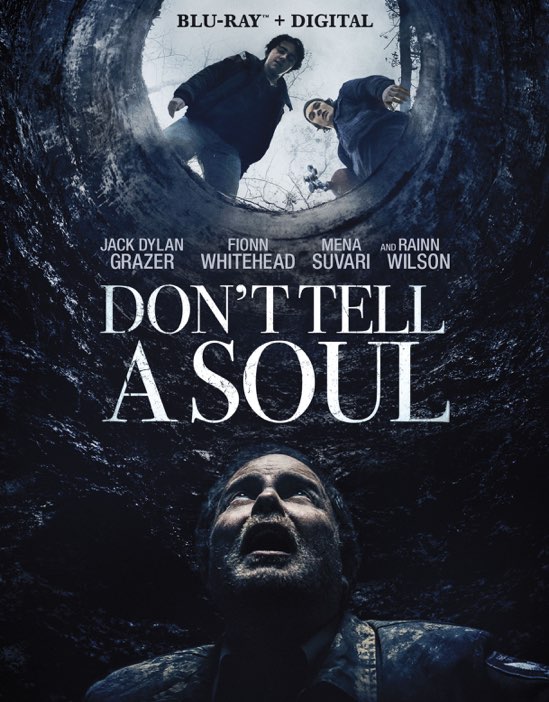 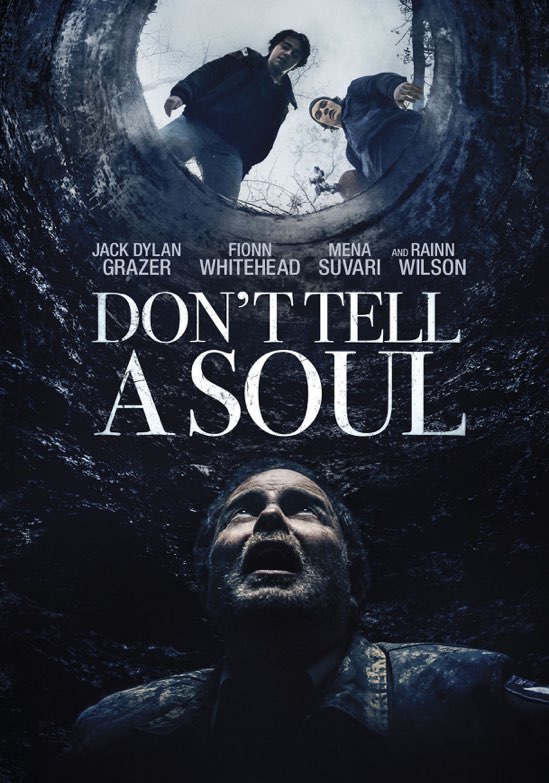