Review: 'Jesus: His Life' brings historical perspective to the Bible 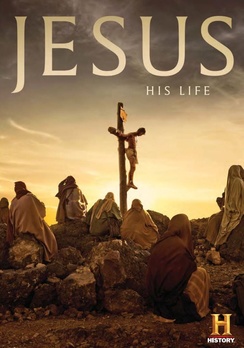 A story over 2,000 years in the making and yet it seems like there's a new, fresh perspective on the story of Jesus each year. This year, the History Channel debuted the ambitious series Jesus: His Life in which the Biblical recount of Jesus' life was presented through the prism of those around him.

Featuring interviews and insight from Biblical scholars, religious leaders, and religious academics, Jesus: His Life presents a unique perspective on Jesus' life from a myriad of disciplines. It really gives a fresh outlook on the story that has been shared over and over again and challenges you to put the events of the New Testament in historical perspective.

I was born and raised Catholic, so I certainly brought some predisposed prejudices into my review. But, I like to think of myself as an open-minded individual with a personal relationship with spirituality that transcends organized religion. Basically, I have faith but feel that over the years, the bureaucracy of various religions have clouded the message.

Of course, my personal beliefs shouldn't affect my review of the series and they don't, but I would remiss not to provide some background, especially given the current politically-charged atmosphere. It seems that in today's reality, people are more concerned with politicizing religion than they are about following Jesus' example.

Jesus: His Life is part dramatic interpretation of key events in the New Testament and part documentary where experts weigh in on these pivotal moments. For the most part, the experts are well-represented from all corners of theology and come to the program honestly without an agenda. However, there is one expert that seems hellbent (sorry, bad pun) to make some waves.

Dr. Robert Cargill from the University of Iowa brings his archaeological background to the show and he's quick to point out several historical inaccuracies in the traditional Biblical story. While many of the other experts are willing to accept the Bible as more a story of faith and open to interpretation, Dr. Cargill is adamant that some revisions should be made to Jesus' life.

For the most part, the expert interstitials add context and food for thought around the dramatic portrayals of the events of Jesus' life that we have heard many times. The actors selected for the key roles were chosen more for their heritage than their acting chops and that brings a level of authenticity to the work. However, the acting does get a bit rough at times, but again, it adds to the show in a way that a polished performance would be equally distracting.

At the end of the day, it seems that there's a new film or program about Jesus every year, but most of them simply rehash the same old story with a different cast. It was refreshing to get a unique representation of the New Testament in a way that opens up various discussion possibilities moving forward.

For the more devout followers, they will see Jesus: His Life as something akin to heresy, but in today's changing landscape, it might be precisely the thing needed to connect with young people. As technology continues to dominate our lives, it seems that fewer people are turning to religion, but at least, there are some people out there fighting to bridge that gap.

Jesus: His Life is an interesting new take and should really be sought out by those looking to get a better understanding of Jesus' life. I don't know if there has been another work that has attempted to present Jesus from the perspective of those that lived with him and spent their days by his side. This element was definitely something that gave the series a compelling argument.

Jesus: His Life is now available on DVD.