Best movies of 2013 that you don't know about yet: Tim's list 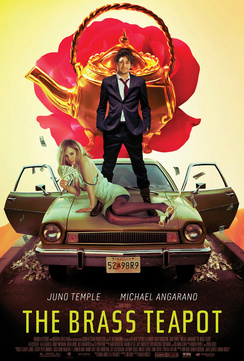 This year is going to be great one for movies. Sure there are the requisite sequels and remakes that'll get lots of attention. Hollywood also has a bunch of lesser known films that will be worth your time.

Hopefully you've already caught the lists by my colleagues John and Dannette. They've each spotlighted some great-looking movies for 2013. I'm here to wrap things up and I believe I have an equally great assortment to share.

No Place on Earth

I'm a sucker for documentaries and this one looks to be incredible. This nonfiction film tells the story of Jewish Ukranians who lived in underground caves to escape the Nazis during World War II. The 38-member extended family stayed in complete darkness for 511 days. Read that again: pitch-black darkness for a year and a half. It's a story of amazing survival but it's also a story about the close-knit family.

Potential downer: Apparently director Janet Tobias used actors to recreate what the experience was like in caves. I'm not fond of reenactments in documentaries. Hopefully the film pulls it off.

This movie hits theaters on March 22.

You might call this the comedic successor to 2009's The Box. Juno Temple and Michael Angarano play a poor married couple who find an antique teapot with special powers. When they inflict pain on themselves, the teapot produces cash money.

Potential downer: Writer-director Ramaa Mosley has only done short films up to this point, including a 22-minute Brass Teapot in 2007. Hopefully she can sustain the premise for a full 90 minutes.

Opening in theaters on April 5.

Wedding Crashers Vince Vaughn and Owen Wilson re-team for this comedy. The film was directed by Shawn Levy who did both Night at the Museum flicks and Date Night. We don't know much about the plot yet but by the title you can assume it's a workplace comedy. I love those kinds of movies so much that I could each them every weekday between the hours of 9 and 5, not including holidays.

Potential downer: The last partnership between Vaughn, Levy, and co-writer Jared Stern was the abysmal failure The Watch. Yeah, that one was on my sleeper list last year but surely this movie will be a rebound.

The Company You Keep

The formula for a good movie is pretty simple: good script plus good cast plus good director. Robert Redford directs and co-stars in an amazing ensemble that includes Shia LaBeouf, Julie Christie, Sam Elliott, Brendan Gleeson, Terrence Howard, Richard Jenkins, Anna Kendrick, Brit Marling, Stanley Tucci, Nick Nolte, Chris Cooper, and Susan Sarandon. Yeah, they all sort of know their way in front of the camera. Redford knows how to make a good movie too. Witness Quiz Show and A River Runs Through It.

This one also opens on April 5.

I don't typically go for horror flicks. I'd much rather spend my 90 minutes laughing rather than shielding my eyes in fright. I'm going to make an exception for this thriller. It's from director James Wan who gave us Saw, Dead Silence, and Insidious. The cast includes Vera Farmiga, Patrick Wilson, Ron Livingston, and Lili Taylor -- all whom I really enjoy. It's about a family who find spirits in their old New England home. 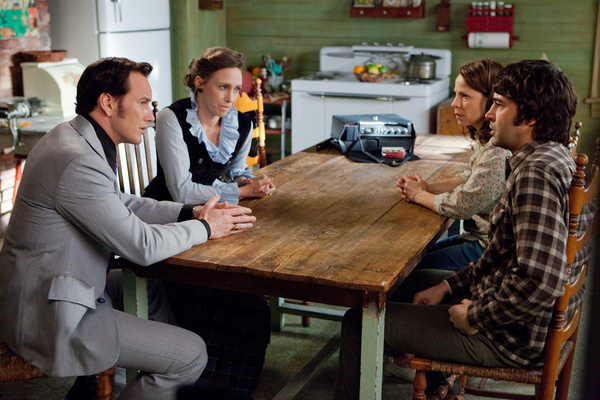 Potential downer: That's the other reason I'm not a huge horror fan. Films in this genre are largely hit or miss. Even a master like Wan is capable of a dud.

No, this isn't a film about that hard rockin' Canadian trio. The latest from director Ron Howard is set in the world of '70s Formula One racing. It's the rivalry between racers James Hunt (Chris Hemsworth) and Niki Lauda (Daniel Bruhl). Howard gave us Cinderella Man so we know he can pull of a sports-themed period drama. 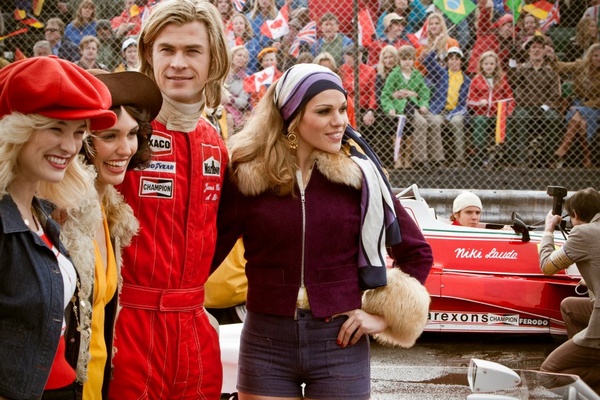 Potential downer: F1 isn't all that popular in the U.S. so this movie will get much more attention internationally. Also, can you picture Thor in a tiny race car?

Ben Affleck, Gemma Arterton, Justin Timberlake, and Anthony Mackie star in this crime-thriller from Brad Furman, director of The Lincoln Lawyer. The script is brought to us by the team responsible for Rounders, Ocean's Thirteen, and Runaway Jury.

At this point I think we can all agree Ben Affleck is good at what he does. I always say Mackie is one of the most underrated actors working today. And as much as I hate to admit it, JT is dripping with all-around talent.

Potential downer: It's set in the world of offshore gamblers so it should be intriguing. However, films like 21 haven't earned a jackpot in the past.

OK, I'll admit it. As a kid I loved this old cartoon about a bespectacled boy and his talking dog who travel through time to important moments in history. The animated film is sure to capitalize on that nostalgia just as The Smurfs did previously. Ty Burrell provides the voice for Mr. Peabody. I'm more than ready for another trip in the Wayback Machine. 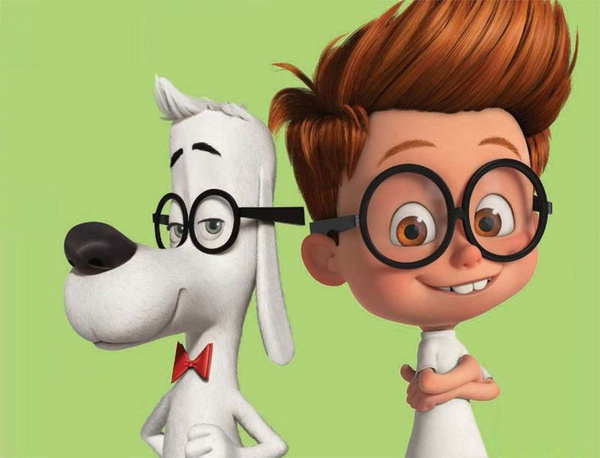 Potential downer: The voices of the title characters were so iconic it'll be hard to accept anyone else in the roles. Also, can the very old school 2D-animated TV series make the transition to a 3D, computer-animated film? That's a big jump even for these time travelers.

Disney has adapted Hans Christian Anderson's fairy tale 'The Snow Queen' for this comedy-musical animated film. Expect a very Broadway feel to this movie with voices and songs performed by Kristen Bell and Idina Menzel. Wreck-it Ralph co-writer Jennifer Lee did the script and co-directs this one.

Potential downer: Zero. None. It's powered by the magic of Disney. All that marketing muscle will make it work. I assure you that a year from now you will be buying tickets for your family to "Frozen on Ice" -- as redundant as that sounds.

Keanu Reeves stars in this true story of 18th Century Japanese samurai who avenge the murder of their master. This isn't the first film to tell this story but it's the biggest with a reported budget of $200 million. And what's not to like? Keanu and a small army of samurai warriors kick butt all over 1700s Japan. It's enough to make you say "whoa."

Potential downer: This film has moved around on the schedule several times. It was originally slated for release last November. Delays are hardly ever a good thing for a film.

It finally opens on Christmas Day.

So there they are. In total we've given you 30 films that you probably weren't aware of before reading this. Surely there are others worth exploring. If you know of any we're missing, please let us know.

Be sure to revisit the lists by both John and Dannette.