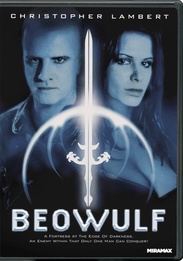 Set in a grim future of stone, steel and darkness, the Kanterra Outpost is besieged by an unstoppable beast, Grendel, who has come to kill anything in its path. A stranger named Beowulf offers his services in battle against the beast. Secrets are revealed as to the origin of the monster and as to Beowulf's true birthright that lies within the outpost's darkness.