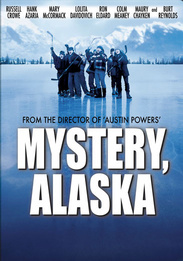 When Mystery, Alaska's amateur hockey team accepts a challenge to play against the New York Rangers, the entire population must put their petty differences aside and pull together as their small town becomes the center of a nationally televised event.

Rated R for language and sexuality.