National Geographic: Inside North Korea - The Next Leader 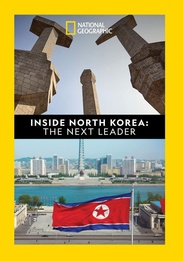 When North Korea's leader Kim Jong-un disappeared for three weeks, rumors swirled. With no succession plan in place, instability in this isolated dictatorship could have repercussions across the globe. Three generations have held power for over seven decades through their cult of personality claiming a divine right to rule. Who would be the next in line?