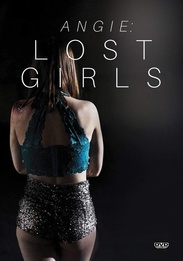 Angie Morgan is deep in her rebellious teen phase, acting out against her absent parents with her secret new boyfriend, Mario. However, unbeknownst to her, Mario is a reluctant agent of a vast sex trafficking network, and he is forced to drag Angie into a horrifying world of rape and abuse. As the police and her heartbroken parents fight to find her, Angie and the other trafficked girls struggle to maintain hope and stay alive. When Angie finally escapes and is brought home, she is haunted by the atrocities done to her and by the shadowy figures still pursuing her. She must eventually confront the shame and fear instilled in her in order to save the girls she left behind. This story depicts the horrors of sex trafficking in a deeply visceral way, serving as a call to action for many who consider their lives untouched by this world. Beyond that, however, Lost Girls is also a story of family, of bravery, and of self-worth that cannot be dictated by the world around you.