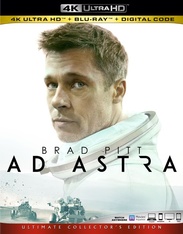 A paranoid thriller in space that follows Roy McBride (Brad Pitt) on a mission across an unforgiving solar system to uncover the truth about his missing father and his doomed expedition that now, 30 years later, threatens the universe.

Rated PG-13 for some violence and bloody images, and for brief strong language.